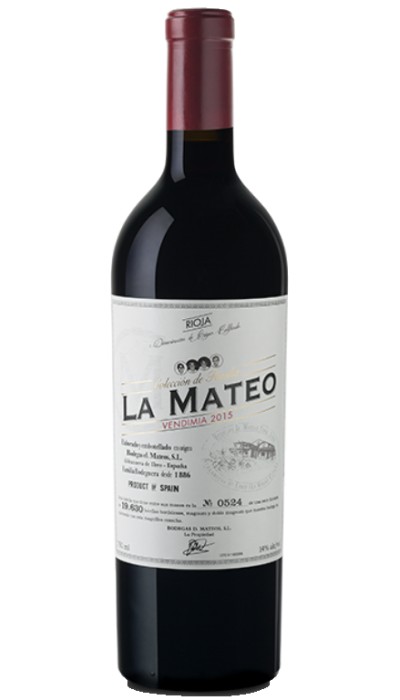 In 1886, a young couple decided to plant a small vineyard on the slopes of the mountain of Yerga, without knowing the importance of that decision in the following generations.

138 years later, that vineyard gives rise to the 100 hectares in which today, Bodegas d. Mateos, designs emotions through his wines, leaving a unique mark. A winery with so much history, that its walls whisper every night, the stories of grandmothers who narrated their grandchildren to sleep. Now, refuge from the disturbing afternoons between cousins, with the essence of grandmother Wilhelmina, watching that her legacy is not lost.

Seven generations later, it dawns in Aldeanueva de Ebro, the first ray of sunlight that sneaks through the slits of the blinds, lights each wall of the room as if it were gunpowder, writing in the corners unique languages, emotions. Mateo puts one foot on the ground, with a new story to tell, ideas that flutter through a fixed line, overcoming. Only one maxim that is repeated every morning, the means by which it expresses it, the wine and its 5 senses, the rest, simple desire for knowledge that will change the future of the wines.

Bodegas D. Mateos owns 100 hectares in the heart of the Lower Rioja. They draw a sea of ​​vines at the foot of Mount Yerga. Wrapped in the aroma of thyme and rosemary, it hides the best of our secrets, roots steeped in history with vines of up to 70 years. Plots in glass, taken care of from the pruning to the most exquisite selection of the grape, where it is separated according to the wine that is decided to make, because the best intention is born of the details, of four farms with a well defined character.