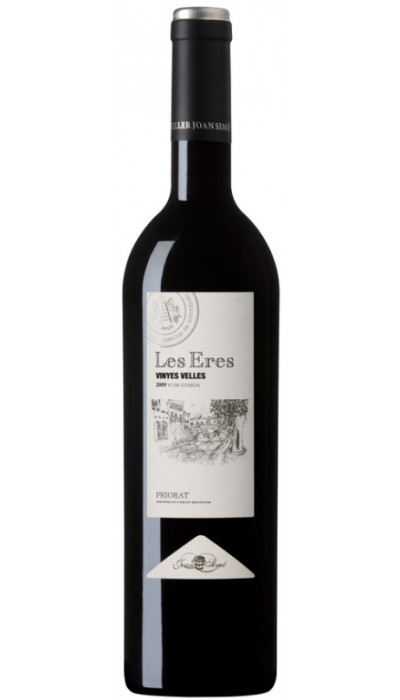 Winery founded in 1999 by Gerard Batllevell Simó, located in the heart of the Priorat Qualified Denomination of Origin, (Porrera), with the sole purpose of producing wines of high quality and expression.

The wines of Celler Joan Simó are the result of a lot of effort and great enthusiasm, with a careful selection of grapes on the farm and in the winery.

Celler Joan Simó has 15 hectares of own vineyard between the towns of Porrera and Bellmunt del Priorat, in total there are 4 farms, Les Eres, La Garranxa, Tros Nou and Els Carners.

In Celler Joan Simó elaborate four wines, LES ERES, a wine from own centenary vineyards, located on slopes (Coastal) of mountains over 400 meters high, slaty materials (Llicorella) and very low production (400 grams per strain). Base Mazuelo (75%) and Garnacha Peluda (25%) With an aging of 18 months in new French oak.

LES ERES ESPECIAL DELS CARNERS, with a limited production of only two barrels of this wine (588 bottles), from the Els Carners farm, an old coastal with 700 hillside plants, average age of the farm 115 years. Base Garnacha tinta (75%) and Mazuelo (25%). 18 months in new French oak barrels.

LES SENTIUS, coming from vineyards of the property, farm La Garranxa, planted in terraces in 1999, of slate land (Llicorella) and with productions of 1 to 1.2 kgs per vine. The composition is based Garnatxa (65%), Syrah (25%) and Cabernet Sauvignon (10%). Raised in French oak for 14-16 months.